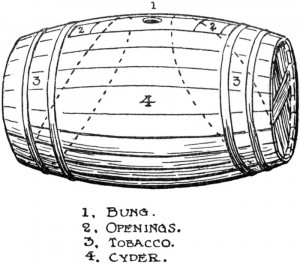 The interesting story and history of smuggling in the south west.

Visit the towns, villages, resorts, bays, coves and caves that tell the story of men who pit their wits and seamanship against the Commissioners of His/Her Majesty’s Customs, the revenue men, pirates and privateers.

Middle Hope Contraband landed in Woodspring Bay and along the coast from St Thomas Head to Sand Point.
Worle Church Octagonal tower on the outskirts of Weston-super-Mare was a store place for the smuggled goods.

Uphill Church The church tower to the south west was used to signal that the coast was clear for the smugglers to land.
Flat Holme An island just off the coast was the lair of a Guernsey smuggler. Rum, brandy and tobacco was brought from the Channel Islands, around Lands End, to be stored here in a cave in the cliff.

Steep Holme from the mainland.

Lynmouth Donkeys were used to carry smuggled cargo to Exmoor.
The Rising Sun public house was connected with smugglers

Samson’s Bay Named after a local smuggler.
Ilfracombe A customs’ sloop was based here in 1700.

The largest resort in north Devon built around an old harbour. Tunnels lead to some of the beaches.

Brandy Bay No doubt named after the contraband brought ashore here. Just west of Ilfracombe; here you will find Crewkhorne Cave.
Barnstaple It is recorded that grain was illegally shipped overseas from here.
No longer a major harbour as the River Taw silted up. The ‘Tome Stone’, on which merchants set their money to make contracts binding, can be found in the 18th century Queen Anne’s Walk.

Bideford In the early eighteenth century more tobacco was illegally imported here than any other port in England.
In the 1750s, Thomas Benson, amongst other ships used for the import of cod, tobacco and wine and the export of woollen goods and coal, owned the only ‘privateer’ based on the north Devon coast, it was armed with twenty guns.

Part of the original 15th century stone bridge over the River Torridge can be seen in the existing 677 ft bridge with 24 arches.
Appledore A little port that was engaged in much smuggling activity.
A famous shipbuilding centre. Maritime museum.
Ferries to Lundy.

Clovelly Notorious for smuggling in the nineteenth century.
There are caves to the north of the harbour and off Hobby Drive. The Red Lion was associated with smuggling. There is a legend of Cannibals living in the caves.

The coast off Hartland Quay.

16th century harbour with museum of smuggling and seafaring.
Lundy Used as a base maintained by deported convicts from England. Here you will find Benson’s Cave.
Puffins nest on the narrow cliff ledges, there are also grey seals, sika deer, wild goats and Soay sheep.
Ferries run from Appledore or Ilfracombe.

A path from the church leads to cliffs. Ship’s figurehead used as gravestone in churchyard.
Bude Harbour used by Customs boats.
Famous for its fine surfing beaches. Story of 19th century shipwrecks told in museum.
St Gennys History of action by privateer. Wallett’s Shute and Warristow were smuggling sites.
Crackington Haven Creek used by smugglers.
Boscastle Small port with coast guard station but still used by smugglers.
Floral dance performed in summer. In rough weather a blowhole in the cliffs sends spray booming across the harbour.
Port Isaac Property here owned by the Copingers.
A stream runs through village. South-east is Tregeare Rounds, a circular Iron Age fort.
Pentire Point Pentire Glaze was Copinger’s headquarters and he operated around here.
Padstow Base for a customs sloop in 1700.
Labyrinth of crooked streets sloping to the harbour.
Porth Cothan to Porth Maer Site of cave 15 ft wide leading to a gallery 1000 ft long ending at Trevemeder Farm.

Queen Bess Rock is revealed when tide retreats at Bedruthan Steps nearby.

Pepper Cove is a Landing site.
Newquay The Tea Caverns will show how much tea was smuggled and drunk. It was not uncommon for 100 horses to be waiting here on a Sunday as well as weekdays for moving contraband. Visited by ‘Jack Rattenbury’, one of the most remembered local smugglers, visit Beer for more information on him.

Crantock A restaurant called The Smugglers Den.
Perranporth A secret smuggling syndicate existed here which included the Church of England parson and the Methodist minister, a ship was chartered, contraband landed and hidden in caves at Porth Cligga.
Portreath Hell’s Mouth was a landing place.
Ralph’s Cupboard A local successful smuggler was responsible for this name.
Hayle The Youth Hostel (Riviere House) is the site of a (once) secret passage.
Lelant The church was used for hiding contraband.
St Ives The George and Dragon, The White Hart and the Blue Bell Inn were smuggling taverns. Contraband was landed whilst a revenue cutter was based here. Sir John Knill was Mayor of St Ives and Collector of Customs but it seems he was involved in considerable smuggling activities.

Penzance The Dolphin was a rendezvous for smugglers. Custom sloop based here.
St Michael’s Mount sits in the bay.
Prussia Cove Operational base of the Carter family, probably the most famous smugglers in the area, using this and the following 3 coves for landing.

Piskie’s Cove
Bessie’s Cove Bessie Bussow kept a beer shop on the cliff.
King’s Cove Small harbour.
Porth Leven The Ship was a smuggling inn. Caves on the west of the harbour were once connected by a tunnel leading to Methleigh Manor where there was a contraband store under the kitchen floor. The tunnel is now silted up and blocked.
Gunwalloe A tunnel existed between a now partially blocked cave on the beach to the church belfry tower. There are 2 other caves.
Coins are still found buried in the sands from shipwrecks. The church is in danger of being washed away.
Fishing Cove Home and landing place of the famous smuggler Henry Cuttance. The Halzephron Inn was connected to the cove by a secret passage.
Dollar Cove Got its name from ships carrying ‘pieces of eight’ which were wrecked here.
Mullion Bobo George and John Munday lived here and used a cavern called Torchlight Cave to store contraband, a cave led to the Clifton farm.

Coverack from the harbour.