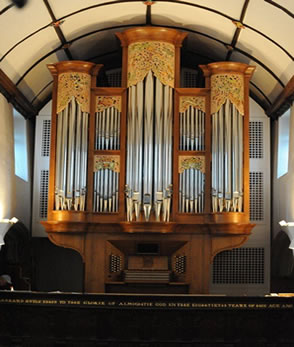 The Organist Entertains has been running as a regular weekly feature since 1969, following a pilot show in April that same year. Nigel took over as the regular presenter of the show, following the retirement of the programmes founder and first host, Robin Richmond. When Nigel isn’t presenting or preparing for the programme, he spends much of his spare time travelling around the country, playing concerts of popular light and light classical music on theatre organs and in churches, cathedrals and church halls and we look forward to his concert in Lyme!