Maddy Prior in concert with Giles Lewin and Hannah James

Comment are off
LymeRegis.com
Maddy Prior at LymeRegis, Maddy Prior in concert 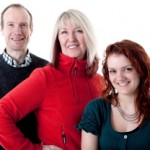 “The combination of myself (Maddy Prior) Hannah James and Giles Lewin has turned
out to be a delightful box of surprises. Giles is a member of the Carnival Band
whom I have worked with for over 20 years. He is a talented fiddle, bagpipe and
recorder player (well, that’s all he plays on this outing!) and also a very
accomplished singer. Hannah is one of the up-and-coming bright sparks who plays
piano accordion to a superb standard, is a world class clog and step dancer and
also a fluid and sympathetic singer.
We have applied ourselves to a variety
of material, from English traditional music and songs through Georgian,
Bulgarian, klezmer, American and back to Medieval English. The harmonies are
tight and very effective, bringing in different vocal styles and techniques. The
clog dancing brings the house down.

We have been greatly satisfied by the
response of the audiences so far, who have been impressed by the freshness of
material and approach.”Maddy Prior

Maddy Prior is one of the most
enduring, influential and respected artists in British music having produced one
of the most outstanding and varied bodies of work in the field of British folk
music. Still in love with her medium, still pushing at the boundaries, still
fascinated by the possibilities that music has to offer, this Autumn sees her
team up with two very talented artists for a unique live experience. “Maddy’s
career has been a memorable and prolific one and she remains every bit as
engaging an artist today as she did then” Maddy Prior has been described as the
voice of Folk Music.

Giles Lewin is a multi-talented instrumentalist and
singer with a classical background diluted by some years in the band After
Hours. He is a stalwart of the Carnival Band, another long-time collaboration of
Maddy’s and is a founder member of The Dufay Collective. Giles is something of
an expert in both early music and Arabic music having spent time studying Arabic
violin in Egypt, and can sometimes be seen playing with Egyptian group
Maqam.

Giles has accompanied Maddy on stage many times, having previously
accompanied her at the BBC Electric Proms. In 2008 and toured with her as part
of Maddy Prior and The Carnival Band who’s Carols and Capers Christmas tour has
become a popular event and the end of the calendar year.

Hannah James is
a young, fresh and gifted lady. Most well known for being part of Hannah James
& Sam Sweeney, one of the foremost duos performing English folk music today.
April 2012 saw the release of their highly anticipated second Album State and
Ancientry. Playing predominantly English songs and tunes on accordion and
fiddle. In 2010 the duo were nominated for the BBC Radio 2 folk award, ‘Horizon
Award’. That same year they won the ‘Best Newcomers’ at the Hancock Awards.
Hannah and Sam were both members of the award-winning four-piece band
Kerfuf&#64258;e, who for nine years spun a web of youthful tradition around
the English folk scene

Not only is Hannah a talented musician playing the
accordion and singing but she also holds the talent for Clog Dancing (A feature
seen in this current tour with Maddy and Giles). Perhaps it isn’t so hard to
accept that she could put the sound of clog- dancing on disc, but it is brave,
nonetheless. She has previously entertained 25,000 people at Cropredy with a
solo clog dance.

A true legend of British music, Maddy Prior has built
her career on exploring various musical avenues. Her latest album 3 For Joy is
no exception. Together with new musical partners Giles Lewin (Carnival Band) and
young accordion player Hannah James, Maddy returns to perform the music of
England, the British Isles and Eastern Europe – all delivered in her own unique
style.