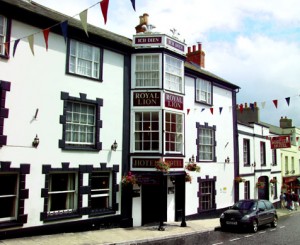 Lyme Regis is a picturesque coastal town, steeped in history and set on the Dorset, Devon border.

It is renowned for its dramatic coastline – recently awarded World Heritage status, its fossil beds, fascinating history, and more recently for being used as the location for the film ‘The French Lieutenants Woman’.

At the heart of the town is the Royal Lion Hotel, an AA 3 Star Hotel, with its own car park, situated less than 100 metres from the sea, it’s a perfect base from which to explore.

Built in 1601 as a coaching inn, it has been extensively refurbished, yet still retains much of it’s charm. Oak beams, wood paneling and open fires help to create a warm comfortable atmosphere.

Privately owned and managed, the hotel has gained an enviable reputation for friendly service, and first class facilities.